At the 2016 NME conference, the Publicity couple tried something new by producing the daily conference newsletter in digital format. Each morning, before the formal opening of the day, the screen showed the daily news.

The following videos were shown as part of the NME 2016 The Gift conference in Stevens Point WI, August 4-7. These slide shows replaced the traditional printed daily news. Enjoy.

Shown at the opening on Thursday evening–a preview of the conference events.

Shown Friday morning with news, notes, and images from the Thursday night opening.

Shown Saturday morning before the opening of the day. It shows photos, news, and love notes from the day before, Friday.

This slideshow was shown before the opening on Sunday and depicts the news, events, love notes, and photos from Saturday.

Welcome to the NME 2016 Conference, The Gift!

We are so excited to celebrate National Marriage Encounter with you. You are the gift to NME. This conference has brought together a lot of gifts–the gifts of

Are you ready for some fun? Let’s get started. 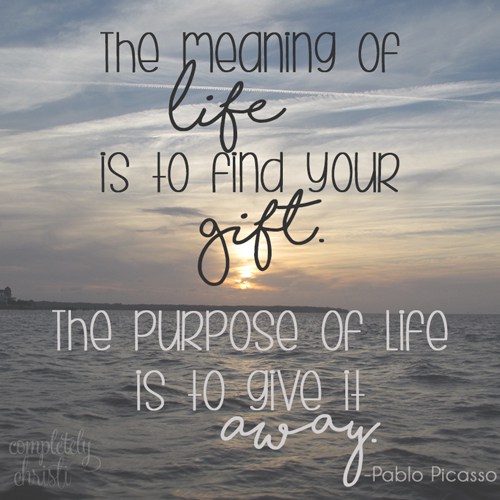 The NME Conference in Jeff City was very enriching, inspiring, supportive, and fun. Everyone surely got a lot out of it. I know I did. And I loved seeing everyone.

Now plans are well under way for a tremendous 2016 NME Annual Conference (The Gift) at the University of Wisconsin-Stevens Point (Stevens Point, WI). Begin now making your plans to attend. Put the dates on your calendar and on your fridge, August 4 -7, 2016.  Bring your friends as well.

My brother took time one Sunday afternoon to put the 2015 Summer Board meeting and Conference pictures up on Flickr. Below are the links to get to the albums.

If you can, I would ask one favor. It would take me forever to enter the names on each picture, so I ask if you would put your names on your pictures, and any others that you would like to do as well. I would greatly appreciate it. Thank you.

Besides finding each conference enriching, inspiring, supportive, and fun as was last year’s, a side benefit from attending the conference is meeting more couples from around the country like those you know at home that are filled with a positive outlook on marriage. Marriage needs a lot of support and good PR. Marriage Encountered couples are special and can do that.

To view the pictures just use the links below – nothing further needs to  be done.

If clicking on the link does not work, copy the link and paste it in the browser. To see photos from previous conferences click on “Back to albums list” on the Flickr screen.

To enter names of those on the photo, my brother gives these instructions. (I learned something new!)

Jack says: If you wish to add a comment you’ll have to do a bit more:

I hope you enjoy the pictures. I enjoyed taking them. Any questions or comments, send me an email (frbob1@sbcglobal.net).

The NME 2015 Summer Conference is HERE! The NME Board is hard at work the 3 days ahead of the start of the conference. The NME Board is working and planning to help keep the NME affiliates working in their communities.

We are excited to see you at the conference. 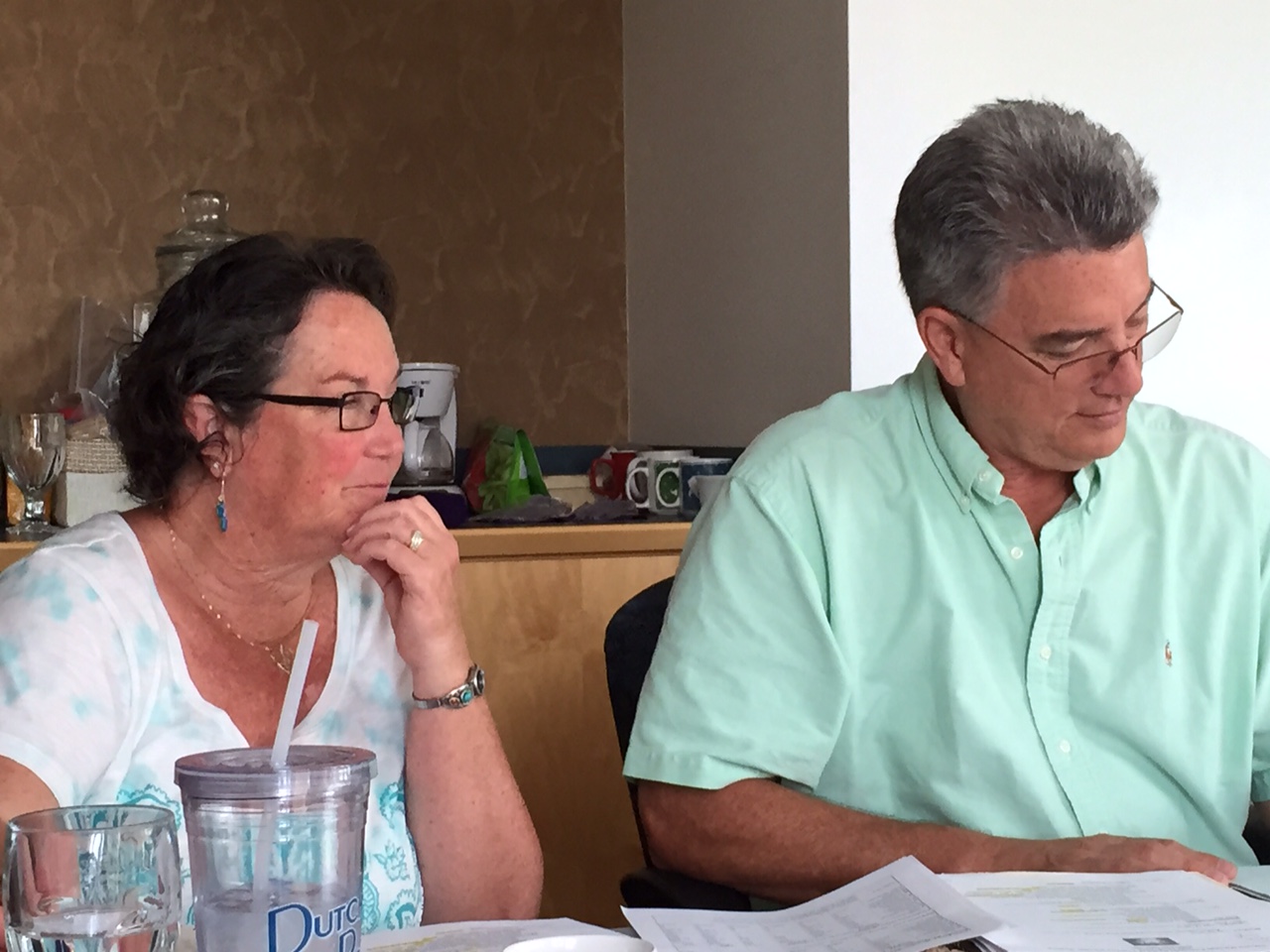 We can hardly wait to see you at the NME Conference in Jeff City MO this summer— it will be a family-friendly event with some- thing for everyone! 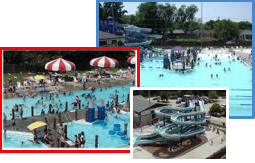 Just as Tony inspired Pope John Paul II, he and his wife, Lynn, will inspire you!

Born without arms, Tony has developed a proficiency with his feet that extends to more than just day-to-day care. He is an accomplished musician who has traveled across the United States and forty foreign countries, making countless television appearances, including The Today Show, Good Morning America, CBS This Morning, and many more. He performed at The World Series, where he sang the National Anthem for the fifth game of the 1989 series. Tony has had the opportunity to give four performances for Pope John Paul II. Now an author his best-selling autobiography, A Gift of Hope, was published in 1989 by Harper & Row. Tony and Lynn have such an amazingly positive and infections spirit—their mes- sage is truly about living, loving and laughing! 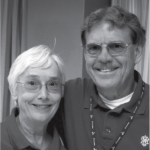 Create Your Own Marriage Magic While Having Fun!

Are you looking for a unique summer vacation? Would you like to know what area of the country you want to explore each year? Consider attending National Marriage Encounter Conferences. We did in 1984 and were hooked! In fact, we haven’t missed one since then.

National Marriage Encounter (NME) Conferences are open to encountered couples and families, as well as those interested in Marriage Encounter in any way. You do not have to be leaders or even think about being leaders to benefit from a conference. Speakers, workshops, entertainment, and worship make up the program. Friendly people and great food make it special. College dorm living makes it unique, but there are usually motels near the campus for those who want a little more luxury.

We began taking our youngest son, who was five-years-old in 1985, along to our second conference. From then on, he attended with us (except for the year he was fifteen and took Driver’s Education) until he turned seventeen. The next year he helped with the children’s program and then led it in 2006. So, we planned family vacations around the conference locations.

We had the advantage of being schoolteachers. The conferences were late enough in the summer that we took continuing education courses earlier in the summer and still attended the conferences. Some years we visited local tourist sites and some years we went to the conference or home the long way! In 1985, we went via Gettysburg, Virginia, Ashville and the Smokey Mountains, toured the Biltmore House in Tennessee and then the Cincinnati Zoo before arriving in Oxford, OH for the conference. One year we went north from Central Michigan across the Mackinaw Bridge through the UP and back to Iowa. Once we went from Wisconsin via the Black Hills of South Dakota before heading back to Iowa. When we were in Virginia for the 1999 NME Conference, we took in Williamsburg, Jamestown, Washington’s Mount Vernon, and Thomas Jefferson’s Monticello. In 1988, we welcomed our first granddaughter in Michigan, and then headed to Whitewater, WI for the conference. The next year following the conference in Mount Pleasant, MI, she and her family went camping near there along with us and Steve and Peggy Steinbronn and their four children. Two years later, we picked her up shortly after her brother was born and took her with us to Collegeville, MN for Dance to Life. Another year we took the car ferry from Kewaunee, WI to Ludington, MI to go from the conference in Green Bay to visit that family in Michigan. That’s just a few of the places we went in those first 27 conference years. Imagine where you can go starting next summer.

Besides the fun vacations, we learned a lot about National Marriage Encounter at the conferences and met a great group of people who were and are involved in that program. We made friends from across the United States, heard wonderful speakers, and learned from other encountered couples in workshops and conversations. When we worked on the four conferences in Iowa (1987-2006) either as chair couple or registration couple, we met and spent some time with John Rosemond, a noted authority on parenting, and Deanna Edwards, a delightful singer. Along the way, we learned a lot from other nationally acclaimed speakers, sometimes before they became famous: Fr. John Powell, Clayton Barbeau, Gary Chapman, Tony Campolo, Krysta Kavenaugh, Ken Davis, and Ernie Larson. We met Fr. Gabriel Calvo, the founder of Marriage Encounter, who challenged the audience each year to spread the fires of love and bring the children! We listened to wonderful speakers from the vicinity of each conference, such as Bishop Robert Morneau from Green Bay; Fr. Dominic Garramone, the bread baking monk from near Peru, IL, who hosts a PBS television show; Shannon Zetterlund, Mrs. Iowa 2002; Ron Willis; and Dennis and Wendy Mannering. We laughed and cried with zany and serious workshop presenters; we sang in the mornings and danced at night. The conferences always refreshed and revived us and reminded us of the importance of marriage and family in our own lives and in the world.

So, start your next summer vacation planning in and around Jefferson City, Missouri. Plan now to attend the next NME Conference on the lovely Lincoln University, with a new dorm from July 16-19, 2015. If you haven’t attended an NME Conference or missed several, this is the place to be. The conferences are always inspiring, educational, and fun with singers, musical groups, dances, and ice cream sundaes! Besides the conferences make great starting or ending places for vacations. The southern Missouri area have a lot to offer – from Jefferson City itself, to the Ozarks to the south and west, to St. Louis with it fabulous botanical gardens and zoo.

Come Live, Love, and Laugh with wonderful people for a rewarding experience next July! Meet the NME Board – your national and regional representatives. For more information check www.marriage-encounter.org/Conference or find National Marriage Encounter on Facebook.

Hope to see you at the conference in Jeff City!
Kent and Jeannette Babcock
former Heartland Trustees and current NME Business Administrators. 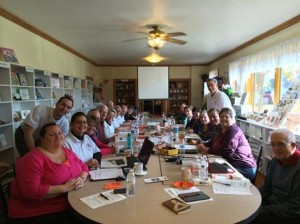 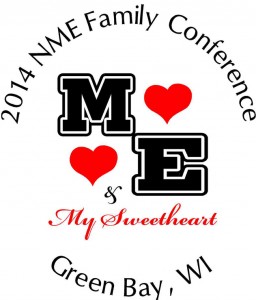 There is still time to register for the 2014 NME Summer Conference in De Pere Wisconsin, July 10-13. Join the NME community for a relaxing, fun time filled with lots of great workshops, family activities, and field trips.

More details and links to the registration form can be found HERE.